The 77 Robinson Road office building was built in the 1990s.  Its heavy and gridded facade comprised multi-faceted elements juxtaposed around a covered triangular courtyard which formed the default public space for the development.

Time and budget would not allow all of the gridded facade which extended extensively throughout the podium to be updated with fresh materials.  We limited ourselves to creating a prominent rectangular frame centred around the triangular public space. The truss over this space was removed and a new roof added two floors higher to project a grander space.  Shiny aluminium panels, a new 2 storey cylindrical glass lift adorned by tiered lattice work and polished reflective ceiling panels create an entirely new foreground and a legible identity for the 35 storey tower both in the day and at night.

The renovation also included the conversion of the 2nd storey carpark into office spaces as well as the common areas and lift lobbies for the tower. 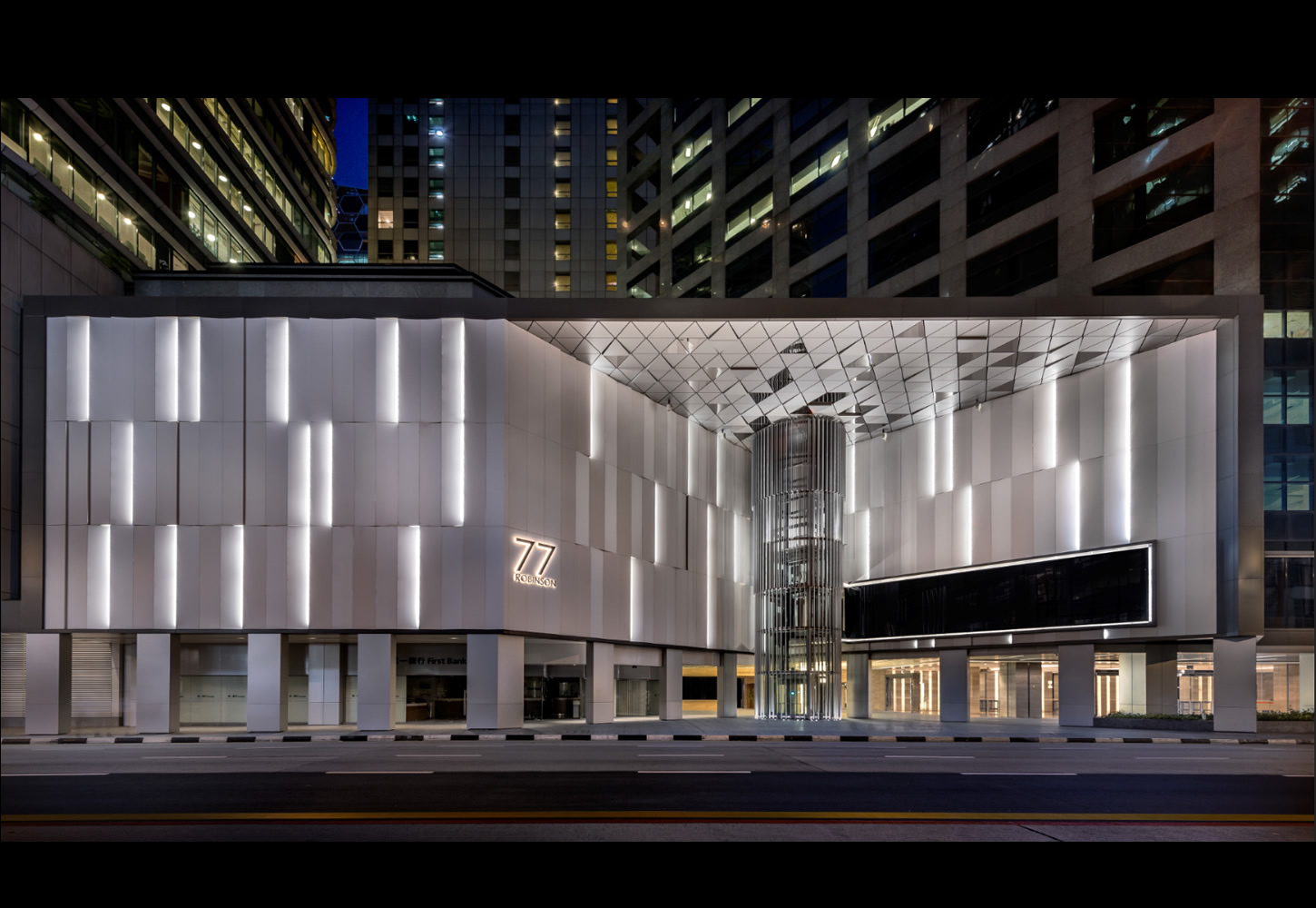 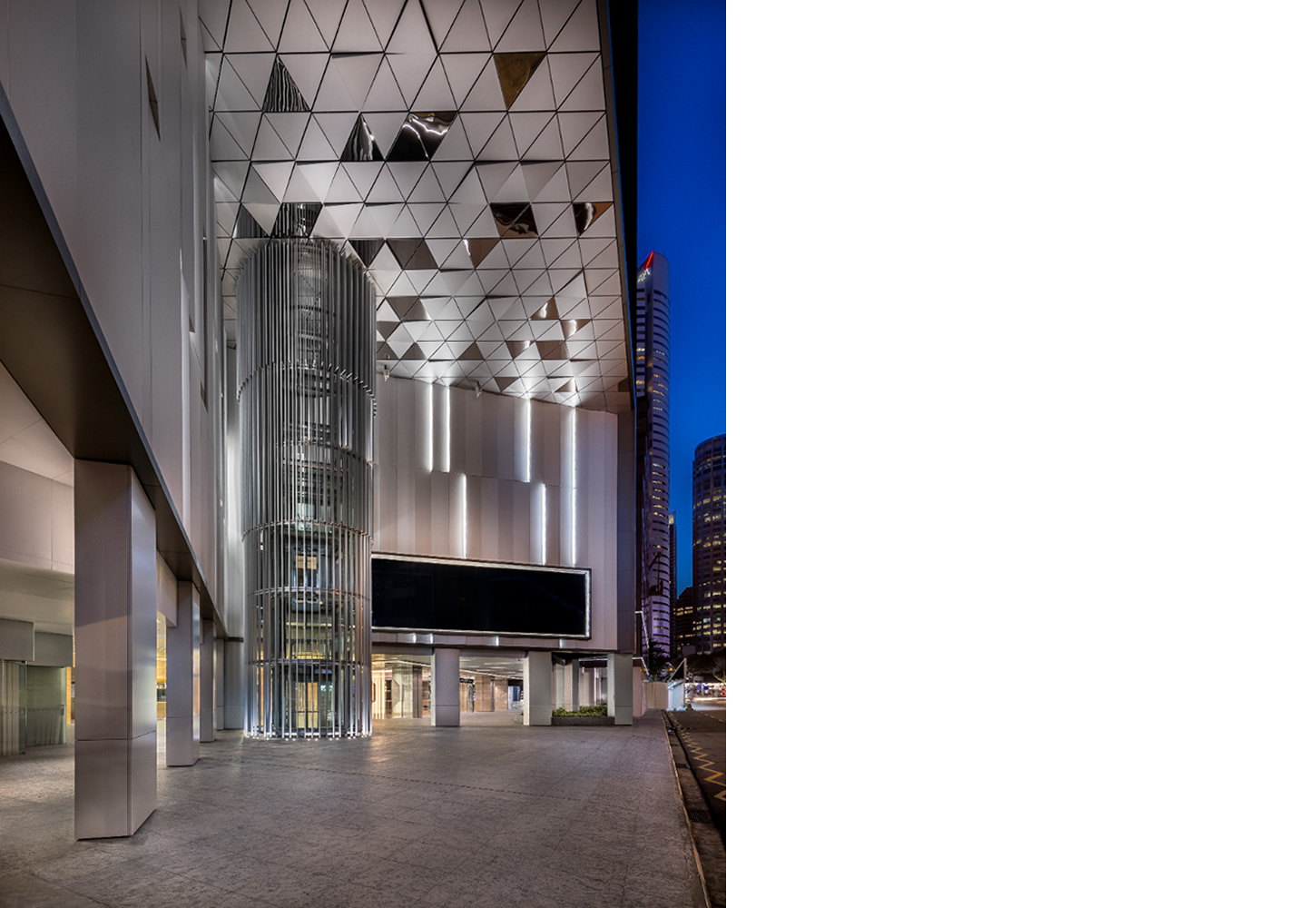 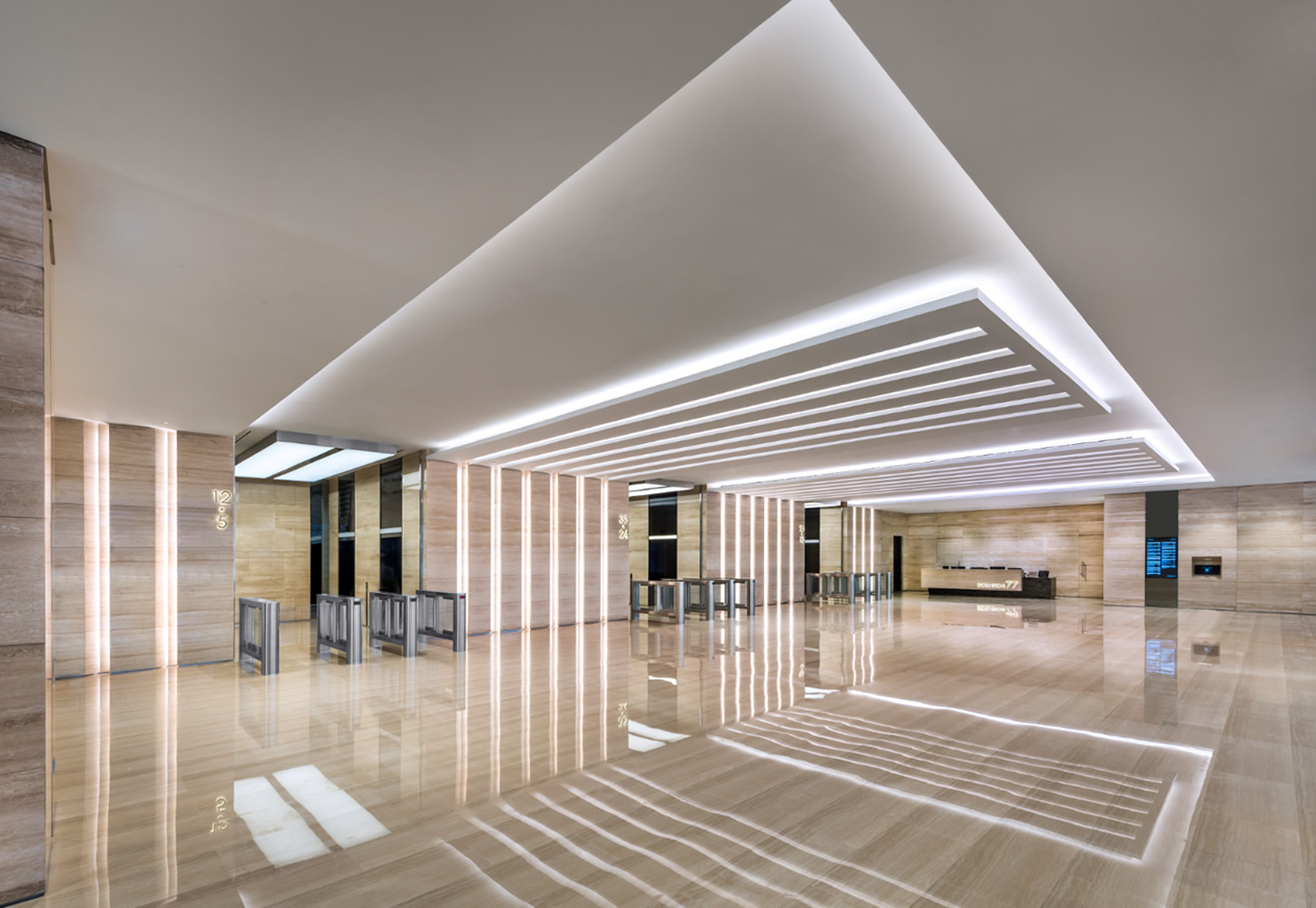 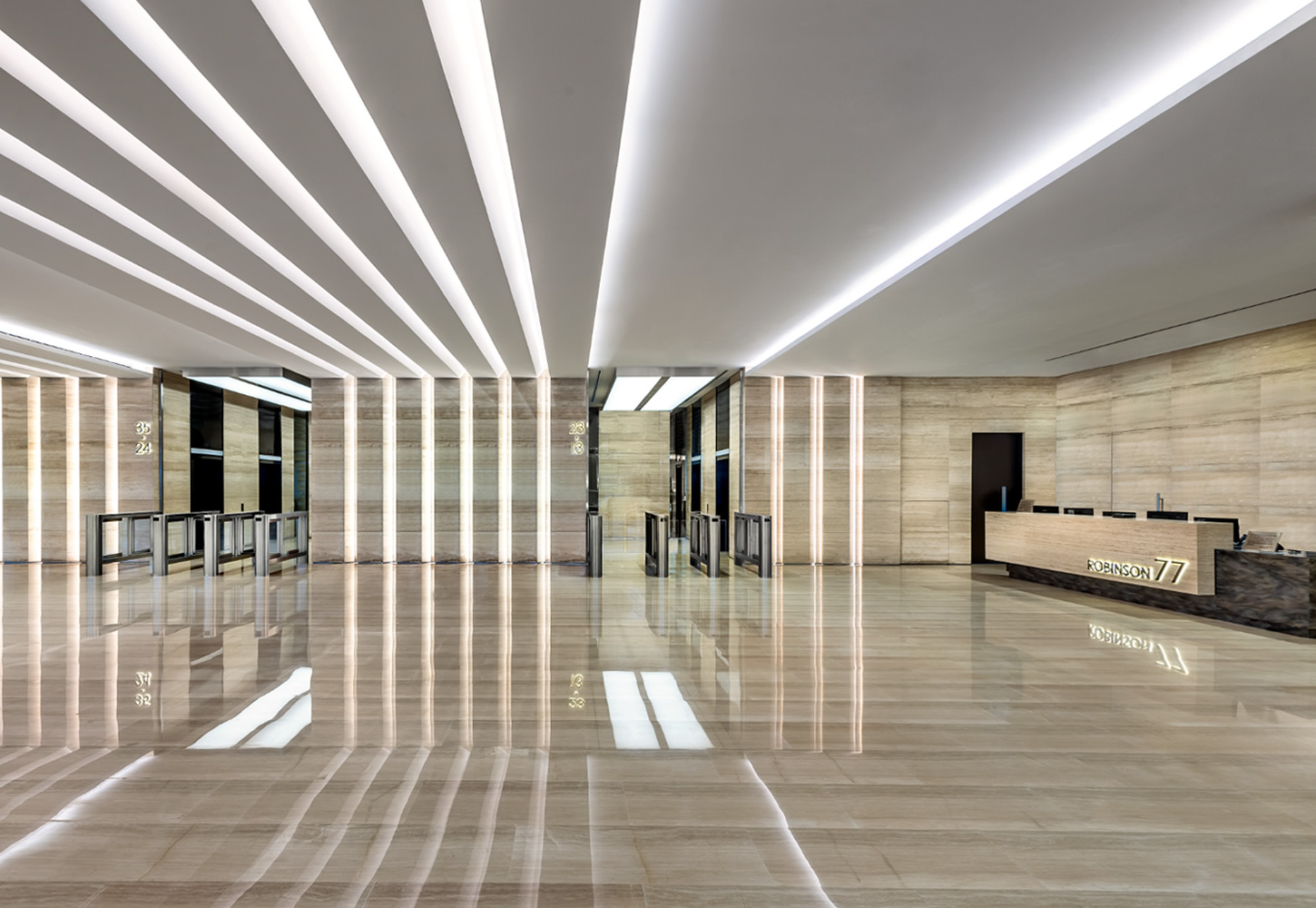 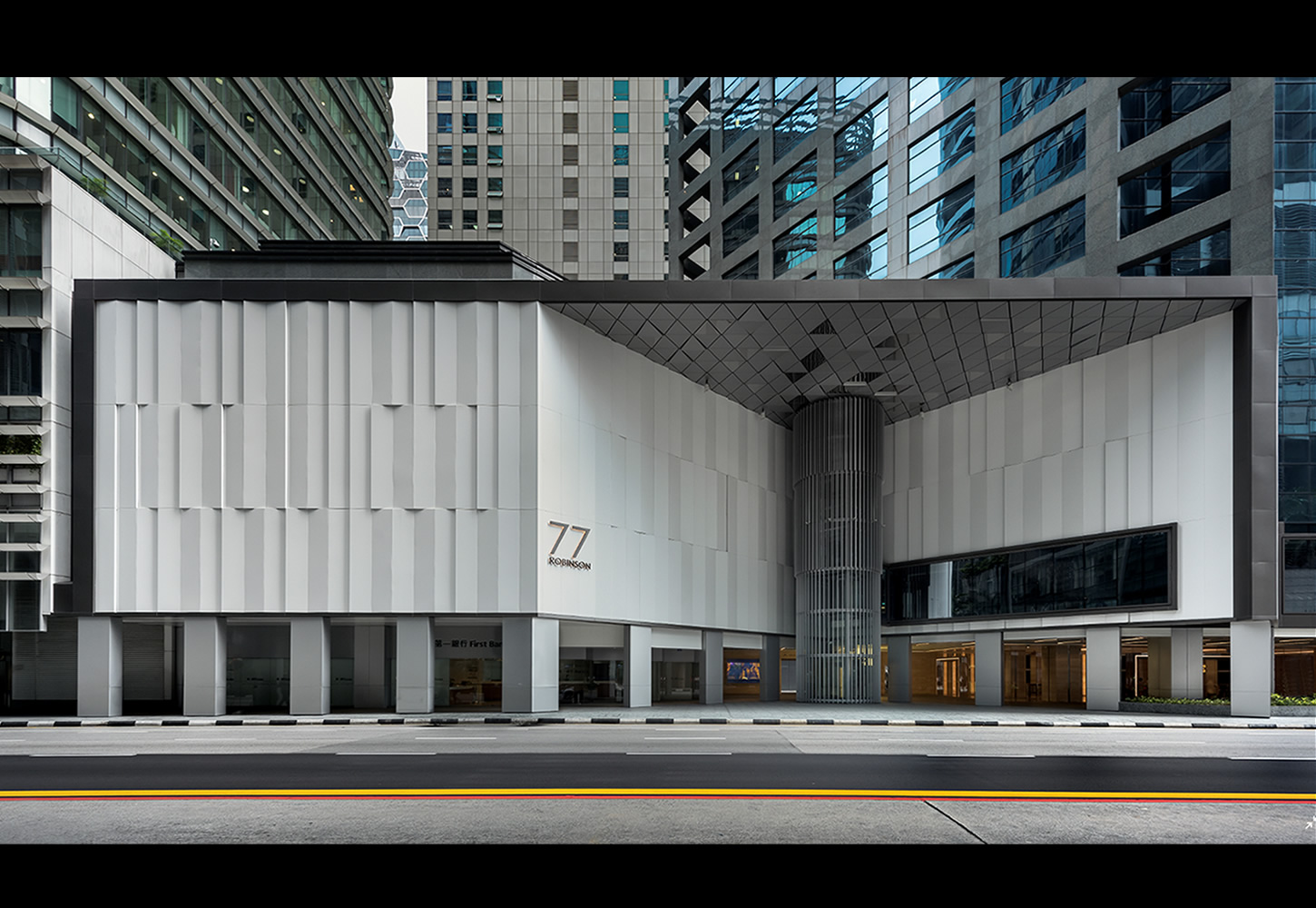